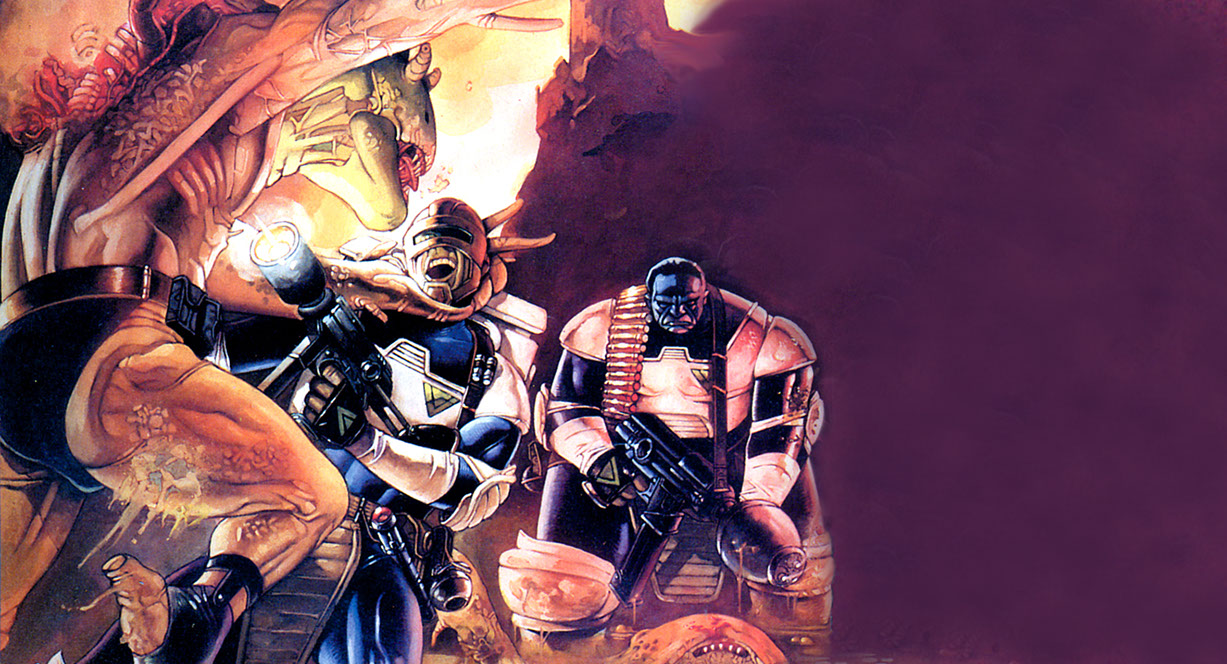 The Alien Legion Universe is a giant extrapolation of the United States government and society. Among the Galactic Union's three galaxies, the ideal of an equal, democratic melting-pot society crashes head on with a reality that's includes corruption and prejudice.

The immense size of the bureaucracy in the U.S. government causes numerous problems. Even if all of those working for a huge government were honest and hardworking souls, there would still be considerable waste. Add an unhealthy dose of selfish and inept officials and you sometimes get a mess.

The democratic form of government is, however, the best system of government that humankind has been able to devise. Hopefully, there will always be enough people striving to attain the ideal to counteract most of those with self-serving and destructive goals.

In the Legion's Universe, the government "controls" multiple galaxies - imagine what kind of a mess a bureaucracy that size can generate! The pluses and problems of a U.S.-style melting pot are pushed to extremes in an intergalactic government that's comprised of countless races with an endless number of wildly diverse cultures, languages and moral codes.

The Legion's ranks are a microcosm of this fictional Universe. The Legion's fully integrated ranks must work together to succeed and survive, despite their differences. The best and the worst sentient beings from three galaxies are shoved into pressure cooker situations that put to the test all of the ideals upon which the intergalactic government is based.

It is within the ranks of the Legion, and of Force Nomad in particular, that the Universe's infinite variety of physical types is matched by the widest spectrum of personalities.

This mix makes for great chemistry from which a flood of character-driven action stories emerges.